This collection features letters written from Jewish-American infantryman Leon Bloomberg to his wife, Esther Bloomberg, during and at the end of World War II. Leon was a first-generation American, born Jan. 5, 1920 to Polish émigré parents.

Leon was an aeronautics student and Kansas City, Missouri, native who moved to Baltimore in the early 1940s and began work at the Glenn L. Martin Aircraft Company in Middle River, Maryland. In Baltimore he met his wife, Esther Levin, and was married on March 21, 1943.

Leon was drafted into the United States Army in 1944. He reported to basic training in New Cumberland, Maryland and was later sent to Camp Croft, South Carolina. In February 1945 he was deployed and served overseas in England, France, Germany, and Czechoslovakia from 1945 to 1946. He returned from deployment in May 1946.

While overseas, Leon wrote to his wife almost every day. This collection contains letters, postcards, and other correspondence detailing his time in basic training and serving overseas with the United States Army 94th Infantry from September 1944 to February 1946. He was wounded in Germany in March 1945, at the end of the Battle of the Bulge, and spent the next three month recuperating in Paris. In early 1946 he also served as a guard in Nuremburg during the War Trials.

Letters share details of his experience as a Jewish serviceman, his daily routine, troop movements, personal travels, and well-being with his family in Baltimore. Specific letters include direct testimony of the Nuremberg Trials (Feb. 9, 1946), the death of President Roosevelt (April 14, 1945), VE Day (April 8, 1945), and VJ Day (Aug. 14, 1945). The collection also includes an oral history recorded in the 1980s, where Leon shares memories with his wife and children and discusses his childhood and time in the army.

Leon died on Oct. 6, 2014 in Lutherville, Maryland. This collection is made available by the generosity of his daughter, Jaclyn Bloomberg Cohen '65, ‘91. 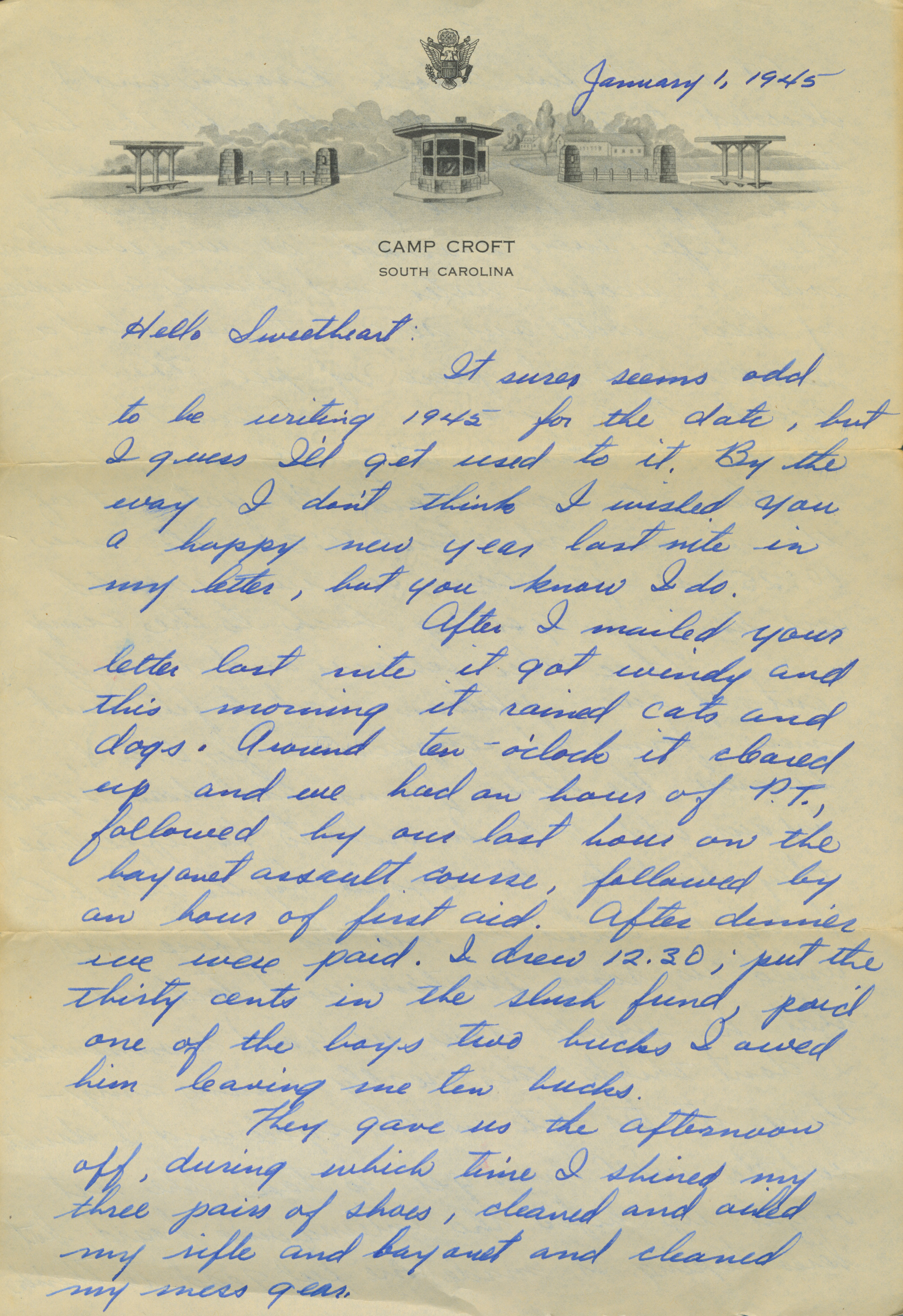